Cabernet Sauvignon from its land of origin 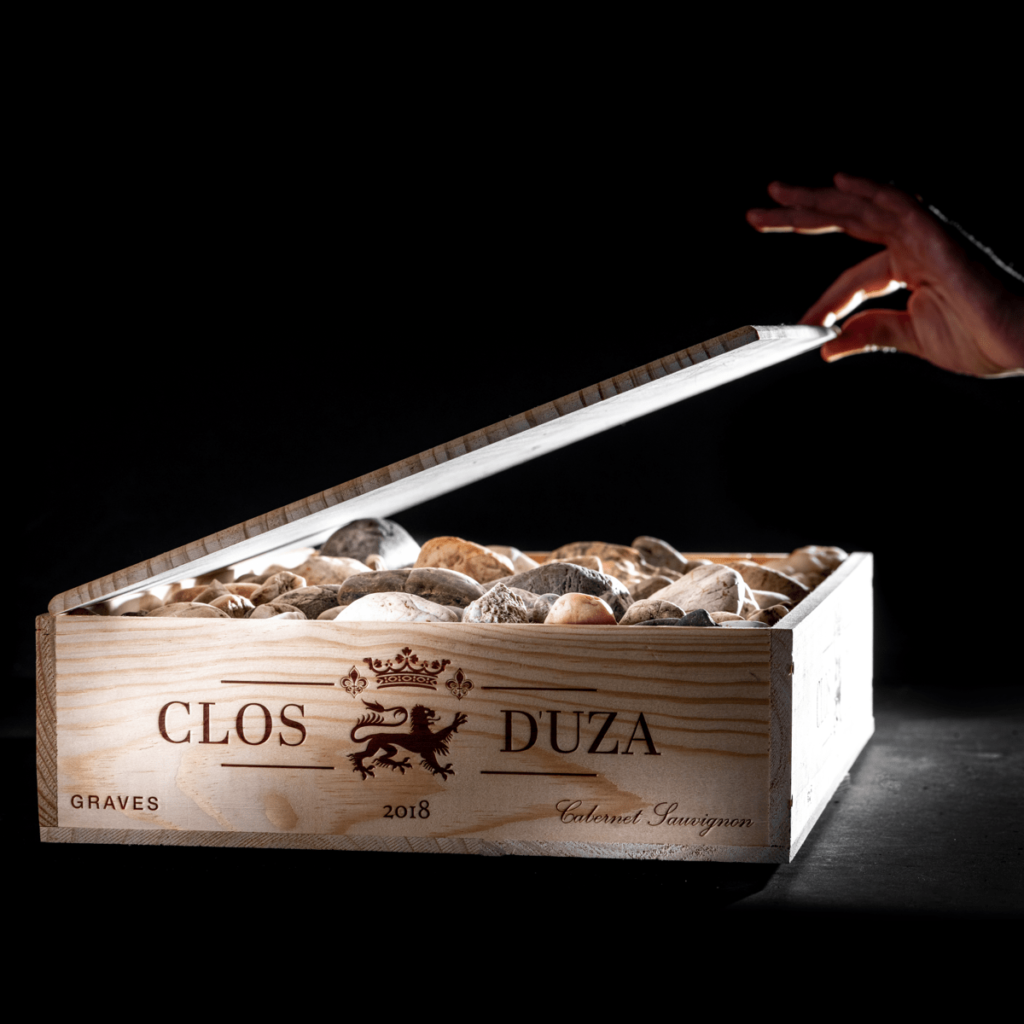 For centuries, the vine has found remarkable conditions in Clos d’Uza to flourish; its presence recorded as early as 1717.
On this unique site, a lace-like carpet of gravel, rolled out by the Garonne and deposited during the interglacial periods of the Pleistocene era, has covered the limestone terraces with gravelly hillsides. This is characteristic of the greatest terroirs.

The magic of the mineral: the pebbles drain the soil and capture the heat of the day, which they release at night, promoting the ripening of the grapes. The nearby pine forest and river work together to moderate any climate excesses by naturally regulating them.

From this the land of Uza was born; an exclusive area of precious stones, a natural setting, a supreme place of balance.

It is Cabernet Sauvignon, a “Grape of Excellence” according to Montesquieu, and the “King of the red grape varieties” according to ampelographers, which has long played the main role here.

It was first identified in the Bordeaux Graves in 1736 by the Abbé Bellet, (then called Petite Vidure), before bringing fortune to the Medoc Grands Crus Classés, then to the prestigious Californians and to the Super-Tuscans.

Having become the benchmark grape variety for the world’s greatest wines, Cabernet Sauvignon is never as expressive as when it is at home, on the terroir from which it originates.

Here it belongs, on native land; here it takes root to mature, more patiently than any other grape variety, and to offer its best: purity, character, nobility. 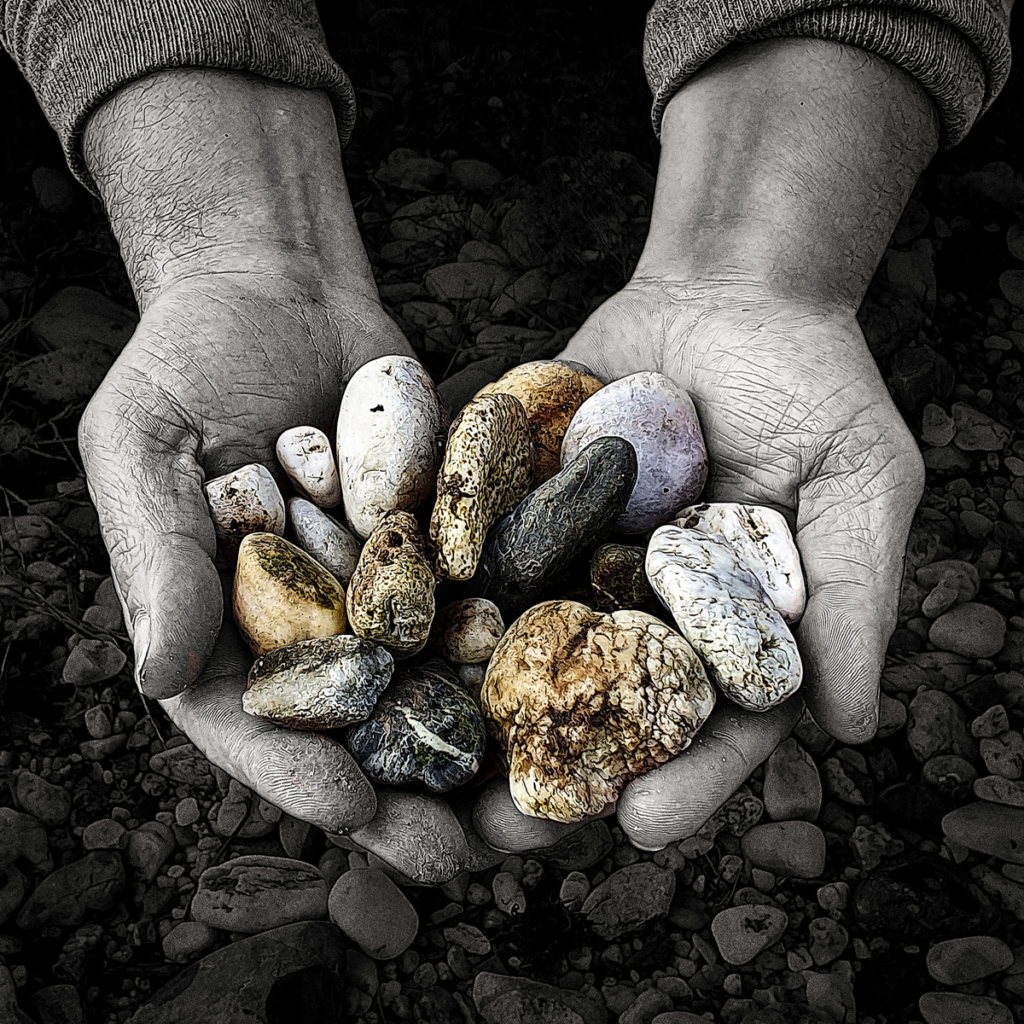 Deeply attached to the Graves, the 3 Guignard brothers have inherited a taste for the terroir and for craftsmanship of the highest quality. In the family, even the challenges are cultivated with passion. Clos d’Uza is one of these challenges and perhaps one of the most exciting for Bruno, Dominique and Pascal.

Between the 3 brothers, all Cabernet Sauvignon enthusiasts, there is the same desire to sublimate this prestigious grape variety, on the very land where it was born.

With the expertise of Jean-Luc Thuvenin – owner of Château Valandraud, Saint-Emilion’s Premier Grand Cru Classé, and pioneer of the “Garage wine”, they have finely crafted their work, with great precision and care.

From the cultivation of the vine to the harvest, from the grape berry to the wine, the same high standards prevail in their gestures and technical choices.

A very limited quantity is produced, which is nurtured with care.

Their aim is simple: to obtain an exceptional wine that is the most unique, and the most faithful expression of Clos d’Uza.

Clos d’Uza is at the heart of biodiversity, and the fruits of this preserved nature are all the more precious.

For the 3 brothers, it is about respecting biological cycles and balance, but also about reducing human intervention to its simplest necessity. Interventions in the vineyard are therefore carried out with reserve.

The fauna and flora, in their diversity, contribute to the maintenance of the age-old terroir of Clos d’Uza, and most certainly give Cabernet Sauvignon its authentic colours. 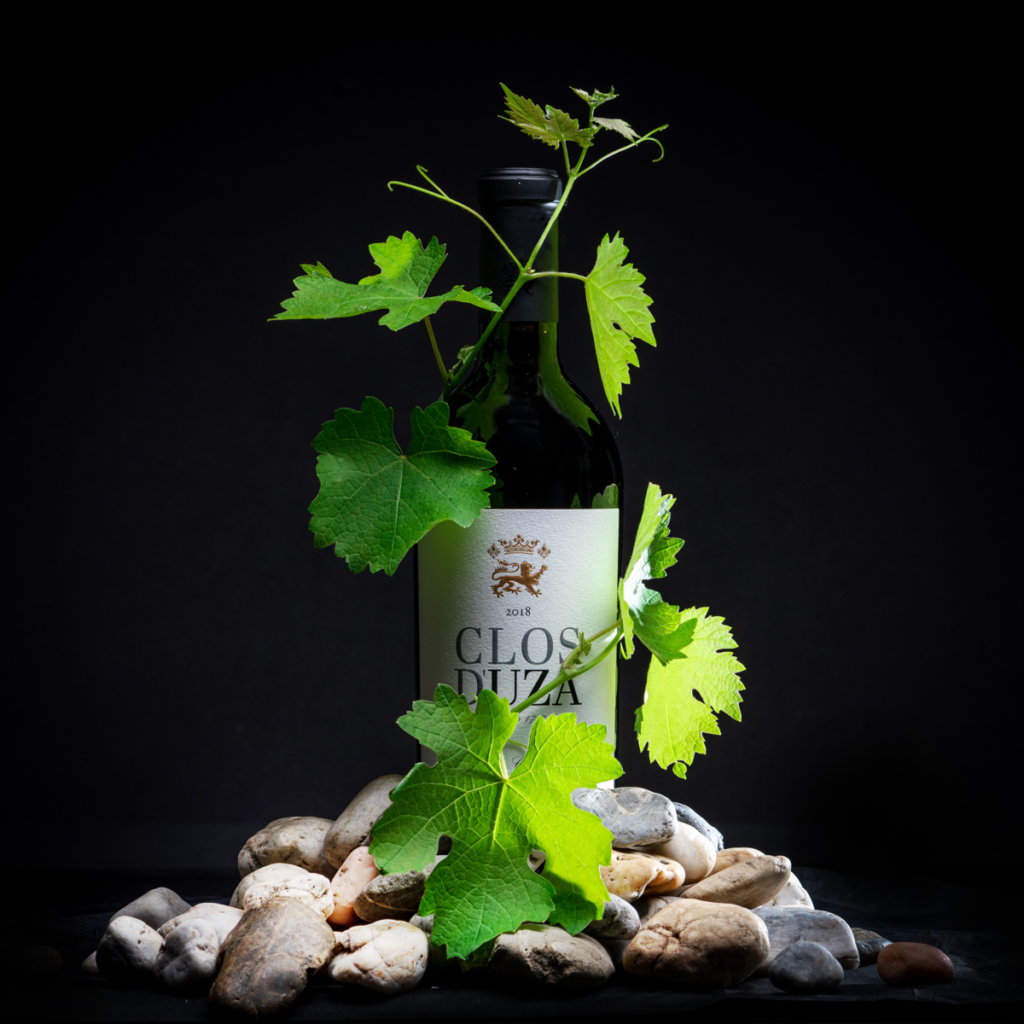 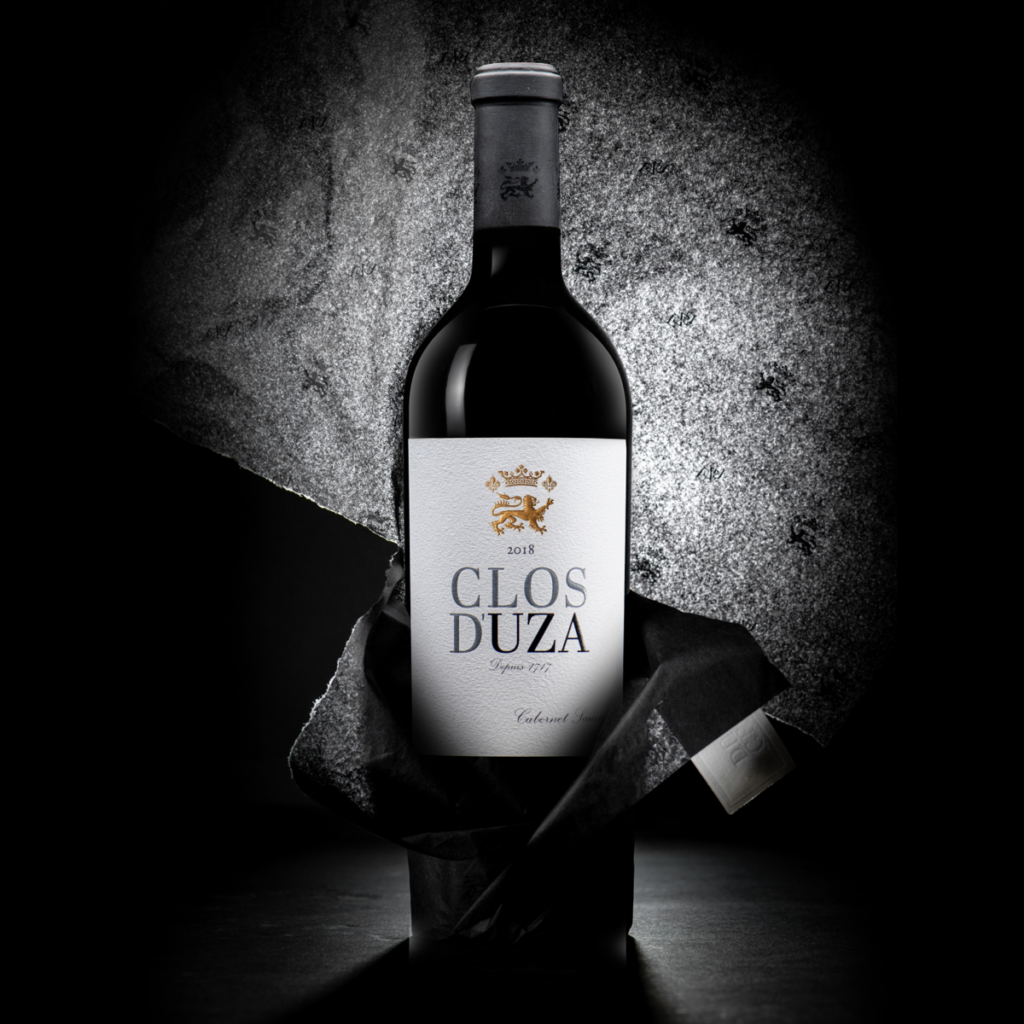 Clos d’Uza – Cabernet Sauvignon, stands out by the elegance of its structure.

The wine has a rich, complex structure with silky tannins, particularly suitable for ageing.

Its uniqueness is also that of its vibrant colour and its delicate bouquet. Small black fruits, spices and freshness: Cabernet Sauvignon offers a range of rich aromas, which aging completes and improves with finesse. A natural affinity is created between the grape variety and the oak.

In its original quest, on the Land of these precious jewels, Clos d’Uza unveils its potential to undoubtedly be one of the best wines in the world.

All Clos d’Uza bottles are equipped with a security system that enables the authenticity of our wines to be verified and to fight against counterfeit fine wines.

To identify your bottle, please scan the QR code found on its seal using your smartphone
You can also follow the link: https://closduza-qsh.bxwa.eu